Abigail Collazo is the previous Editor for Fem2.0 and worked as a Project Manager at Turner Strategies, where she managed digital strategy. Abigail has worked on women’s issues in the nonprofit and government sectors for 10+ years, with a focus on global women’s rights. She has a BA in Political Science from Mount Holyoke College and an MA in Global Security Studies from Johns Hopkins University. Abigail's writing on changing gender roles and young feminism has been published at Fem2.0, AlterNet, Role/Reboot, Abortion Gang, and the HuffingtonPost, among others. Abigail tweets from @LeftStandingUp. 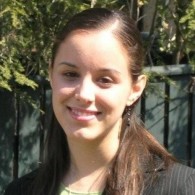 Elan Gale, producer of The Bachelor, recently took a flight home for Thanksgiving where he encountered a very irate passenger who apparently decided to take it out on the staff. This would have nothing to do with me, except for that Elan decided that this woman was proper fodder for internet mockery, and so decided […]

She was 14 when he raped her the first two times, 18 when he raped her the third time. He has since been arrested, charged, and convicted of his crimes. But a judge altered his sentence to include fines, probation, and community corrections for non-violent offenders – in other words, not a day of jail time. Now, his victim is speaking out, and thousands are calling for justice.

She’s 16 years old and a ward of the state. Earlier this year, her parents had their parental rights revoked by the State of Nebraska because they physically abused her. But now, she needs an abortion in a state with parental consent laws. Legislative Bill 690 passed overwhelmingly in January 2011, changing Nebraska law from […]

Is Pregnancy By Rape Different From Pregnancy by Mistake? Not When It Comes to Judging Women

A year ago this week, Representative Todd Akin made the explosive statement that in the case of legitimate rape, women’s bodies have ways of shutting down pregnancies. It was a truly public and spectacular screw up, after which women’s rights advocates, and, well, women in general, seized upon his remark as indicative of a Republican party […]

Harassed at the Corner Store: the Men and the Milk

Ten minutes. I was hitting the ten minute mark of just standing in front of the freezers, seemingly debating whether to buy a quart or a gallon of milk. Or perhaps unsure of which kind I wanted. Skim or whole? Maybe 2%? I had a pensive look on my face.

It’s the look I get when I’m frozen inside. Generally from shock. Often from fear. Almost always after a harrowing experience that’s left me momentarily paralyzed.

Beatriz Will Die Without an Abortion. Her Country Says No. Will You Help Us Save Her?

Last year, Savita Halappanavar, an Indian woman being treated in a hospital in Ireland, was denied a life saving abortion because of the country’s strict Catholic code of conduct.  She died. The world was outraged as it came face to face with the horrifying truth that when religion guides your government, the death toll rises. Now we are again […]

The Virginia State Board of Health voted just yesterday to adopt stricter building regulations for abortion clinics. These new regulations are designed to – you guessed it – force the clinics to close as it is virtually impossible to comply with the new standards in the time frame allowed. This is the new front of the […]

Why Aren’t Feminists More Calm and Rational? Calling Out Sexism and the Courage of Adria Richards

As the firestorm over the Adria Richards story has only increased, a poem from one of my favorite artists – Alix Olson – keeps reverberating in my head. Still we’ve tried being patient, collected, calm, nice trying praying, tried laying you paying the price, we’ve learned to scream until our throats throbbed what else do […]

An Open Letter to Lady Sybil of Downton Abbey

Is It The End of Courtship? Or The End Of Unequal, Unhealthy, And Unfulfilling Relationships?

The New York Times wants us to believe the End of Courtship is a disaster for young people, especially women. But new types of relationships—in which men and women are equal partners—inevitably require new ways of seeking them out, says Abigail Collazo.