Christina Black is a law student at Stanford University. She previously interned for a government relations firm in Washington, DC, and prior to that worked at a nonprofit focused on women’s issues. One day, she hopes to work at a nonprofit engaged in legal advocacy. Christina has a BA in History and Philosophy of Science from the University of Chicago, and serves on the Executive Board of Fem2.0. You can often find her at a museum, the Kennedy Center, or Rock Creek Park. Christina tweets at @black_christina. 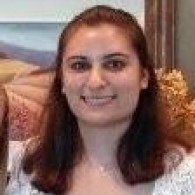 Does Feminism Have a Future?

This week at Stanford University, the Clayman Institute for Gender Research celebrates the 40th anniversary of Ms. Magazine with a series of lectures and activities. Some of these include a screening of The Education of Shelby Knox, with a discussion with Shelby afterwards; a panel with Ms. editors about the role the magazine has played […]

On Martin Luther King, Jr. Day, We Should Be Looking to the Future

I first visited the Martin Luther King, Jr. National Memorial two weeks ago on a brief trip to D.C. I found the memorial striking, but probably not in the way its creators intended. To me, it emphasized how easy it is to celebrate past successes, without carrying their ideals into the future. One quotation in […]

Why it Won’t Matter When the Supreme Court Revokes Roe v. Wade

Although law school has been keeping me busy, I took a break yesterday to volunteer at NARAL Pro-Choice California’s annual luncheon. This was my first pro-choice event since my move to California, and it reminded me why keeping in touch with the movement is so important. One of the speakers, Slate Senior Editor Dahlia Lithwick, […]

What Is Your Beauty Worth to You?

Oh, beauty industry. Every time I interact with you, it’s because you’ve developed some new and exciting product that will supposedly revolutionize my life. Usually by solving a problem that I didn’t know existed. This week, I heard about the eyelash thickener Latisse when I saw an ad at the optometrist. The next day, I […]

The Federal Government Says Good Luck with Your Grad Degree

As some of you may know, I’ll be starting law school in just a few weeks. I’m pretty excited about it, although it will mean a lot of changes in my life (Homework! Moving across the country! Doubling my rent!). But I know it will be an important step for me, both as a person […]

Feminists, Film and Women in Power

I wrote a while back about secretly liking things that you know are not feminist – in that case, Eminem. But what do you do when you find out something you thought you liked is sexist? What if you’re not sure? I’ve been a fan of One Flew over the Cuckoo’s Nest since an English […]

I started taking birth control pills five years before I actually had sex. No, my parents were not worried I would become a teenage mom. 16 and Pregnant wasn’t even a shadow of a dream then. My birth control prescription was mandated by the government. At the time, I was on a medication that included […]

A Woman, An Inmate, An Inspiration

In about a month, I will be leaving my job and home to move 2800 miles away for law school. Lately, this has seemed like a daunting task: is it really necessary to do all that packing, make new friends, and take out student loans? Couldn’t I make a difference here in D.C.? Of course […]

New Conversations: What Are Your Thoughts about Race, Feminism and Social Media?

Online media has fostered new conversations about the intersections of race and feminism. My Google Reader feed agrees: while looking for this piece about white feminist privileges, I found many other posts on these topics. A few recent examples include the “Mommy, I want to be white” post on Feministing, “What Can the Black Man […]

The Washington Post recently discussed an interesting new development in health care – a rise in the percentage of women doing home births. That incidence increased 20% between 2004 and 2008, for a total of 28,357 of 4.2 million births in 2008. Why the change? The Post attributes it to several factors. First, increased exposure […]