K. Salis lives and works in Washington DC. She has a background in anthropology and women's studies, and is interested in the intersection of culture and gender in the United States. 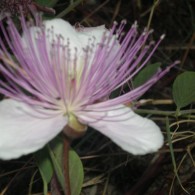 Are We Being Too Harsh on Women Execs Like Mayer and Sandberg?

So Marissa Mayer gets attacked for taking a 2-week maternity leave and building a nursery next to her office, yet a short while back Anne-Marie Slaughter was getting taken to task for leaving her executive level position in government because she couldn’t balance work and family? Personally, I am relieved that Mayer is finding ways […]

There Are Bigger Issues At Stake Than Petraeus

Everyone seems to be following the Gen. David Petraeus affair in I-can’t-tear-myself-away fashion.  But are we getting caught up with what is appearing to be a run of the mill affair that got over-hyped and sensationalized?  And are we such a prude nation that in our eager attempt to punish adulterers we are A-OK about […]

Is it Open Season on Troll Hunting?

First, Adrian Chen identified Reddit’s notorious Violentacrez, the man behind the infamous Jailbait Reddit and a bunch more misogynist ones.  And then Anonymous released the name and information of the man allegedly responsible for the harassment that pushed Amanda Todd to commit suicide. If you haven’t seen Amanda’s Youtube video, it’s heartbreaking, especially since Amanda […]

As the election cycle ramps up, issues like poverty and socio-economic inequality are getting a little more (but not enough) coverage in the news cycle.   The state of the economy and ability to make a living is important – and the current status of the average American worker … isn’t great right now.   And along […]

A lot has been written about Savannah Dietrich, the 17 year old girl who almost faced jail time for tweeting the names of her rapists.  After her story went viral, the prosecutor decided not to file charges against Dietrich for violating a judge’s order to stay quiet about her case.  Guilt was well proven – […]

On World Population Day: Reproductive Health From Kenya to Mississippi

This past week, we celebrated World Population Day.  It’s not news to anyone that the world’s population keeps getting larger while the world stays the same size and gets a little dirtier.  Population growth is an issue that needs to be carefully addressed in the future, as the world continues to fight poverty, disease, and resource […]

Waiting for Superwoman: Is Work/Life Balance a Myth?

The Atlantic has done it again – ignited a controversy with an article about women and the workplace.  Anne-Marie Slaughter’s piece “Why Women Still Can’t Have It All” is giving Hanna Rosin’s “The End of Men” a run for its is-feminism-bad-or-good-for-women-in-the-workplace money. There has been a lot of conversation lately about women in the workplace, […]

Go To The Police For Help, Gain a Stalker

This story made me want to throw up: A North Carolina police officer was recently demoted and is facing a lawsuit after two women accused him of stalking them.  Richard Jenkins III was the head of the domestic violence unit, and began stalking both women after they came to his unit seeking protection from abusive […]

VAWA and the Rights of Crimes Victims

When I was stalked, I experienced first-hand the limits of the justice system and the burden that gets placed on victims.  In the last few decades, there have been numerous improvements in the way survivors of sexual assault and domestic violence are treated and the way the justice system prosecutes violence against women.   This week […]

On Threatening to Rape Michele Bachmann With a Weapon

A US Federal judge recently ruled that Twitter had to reveal the identity of the twitter user who recently threatened to rape Michele Bachmann with a machete.  Hallelujah! While anonymity is both the best and worst part of the internet, that’s no excuse to let people commit crimes or threaten people.  As many women have […]