Megan Kearns is a feminist vegan blogger and freelance writer living in Boston. She blogs at The Opinioness of the World, a site she founded in 2010 focusing on gender equality and living vegan. A Bitch Flicks Contributor, Megan reviews film, television and media from a feminist perspective. She earned her B.A. in Anthropology and Sociology from UMass Amherst and a Graduate Certificate in Women and Politics and Public Policy from UMass Boston. You can follow Megan on Twitter at @OpinionessWorld. 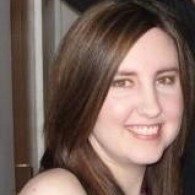 The Athena Film Festival “is an engaging weekend of feature films, documentaries and shorts that highlight women’s leadership in real life and the fictional world.” I had the wonderful opportunity to speak with Athena Film Festival co-foundersKathryn Kolbert, Constance Hess Williams Director, Athena Center for Leadership Studies at Barnard College, and Melissa Silverstein, Founder and Editor, Women and Hollywood. We […]

A child of the 80s, I grew up watching TV shows like Murder She Wrote and Love Boat. Living with my grandparents for 6 years clearly influenced my television viewing habits! But my favorite series of my childhood — and one of my absolute faves as an adult — was Golden Girls.

Humorous and feel-good, I didn’t realize at the time that Golden Girls was such a cutting edge show. It’s not often that a movie or TV series focuses solely on female characters. It’s even rarer when those women are over the age of 50. Following the lives of four single female friends living together in Miami, Golden Girls showed us that grandmothers are sharp, funny and sexy, that they still have goals and dreams. It forever shaped the way I view women.

Nothing Can Save ‘The Walking Dead’s Sexist Woman Problem

So the season 3 finale of The Walking Dead. What can I say? Is there less sexism than last season’s appalling anti-abortion storyline with Lori’s pregnancy? Did the addition of badass Michonne change the gender dynamics? I’m going to warn you right now. This post isn’t going to be pretty. Not with all the misogyny. […]

Is Pepper Potts No Longer the “Damsel in Distress” in ‘Iron Man 3’?

Superhero films often exhibit assertive, outspoken female characters. Yet they often simultaneously objectify women’s bodies, reduce them to ancillary love interests or perpetuate gender stereotypes. So when I heard that Pepper Potts would have a more active role in Iron Man 3, I was excited yet remained cautiously skeptical.

I was ready. Poised to be pissed. For the first half of last season’s How I Met Your Mother(HIMYM) episode “Symphony of Illumination,” I sat on the couch, scowling perpetually.
In the previous episode “The Rebound Girl,” we learn journalist Robin Scherbatsky (Cobie Smulders) and playboy Barney Stinson (Neil Patrick Harris)’s adulterous one night stand (although is it really a one night stand if you’ve slept together and dated before?? But I digress…), resulted in Robin telling Barney she was pregnant.

No, ‘Oz the Great and Powerful,’ We Don’t Need More Male-Centric Fairy Tales

After seeing Oz the Great and Powerful, I was annoyed. And angry. Everything in the film revolves around one dude: James Franco as Oscar Diggs aka Oz. Bleh. It’s a patriarchal dream come true. Women in the film fawn over Oz, swoon over him, make googly eyes at him, get enraged by him and arguably […]

Is ‘Crouching Tiger, Hidden Dragon’ the Most Feminist Action Film Ever?

Rape, rape culture, domestic violence, and violence against women impact us all. The Pixel Project, a virtual, volunteer-led nonprofit, works to eradicate violence against women globally. They are currently running the Valentine 2013 YouTube Cover Carnival contest to raise awareness through the power and artistry of music. They dedicated the contest to Jyoti Singh Pandey, […]

Originally published at Bitch Flicks. Cross-posted with permission.| Warning: Spoilers ahead! Driven, relentless, bad-ass women in film always hold a special place in my heart. Ripley from Alien and Aliens, Patty Hewes from Damages, Carrie Mathison from Homeland. Maya, the female protagonist of Zero Dark Thirty, is no exception. But can a film be feminist […]

Get excited for the 3rd annual Athena Film Festival!  The festival features narrative films, documentaries, short films along with panels and workshops for filmmakers — all focusing on women’s leadership. Co-founded by Melissa Silverstein and Kathryn Kolbert, the festival runs from February 7-10 in New York City at Barnard College. Kathryn Kolbert, Athena Film Festival Co-Founder and […]