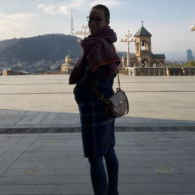 I was not going to comment on the recent US Supreme Court’s deeply disappointing decision in the Hobby Lobby case. But then I read Penelope‘s piece, and rethought – because she argues what I’ve been thinking: People who don’t actually experience what you’re experiencing should refrain from giving set-in-stone decrees on how to manage your experience. So, in […]

I recently spoke at a Conference on Women’s Voices in Social Media, hosted by KWIC and the Canadian Federation for University Women at Trent University in Peterborough. It was a lively and important discussion, and I was able to sit on a panel with brilliant speakers who touched on many aspects of the challenges and […]

When we’re children, we’re often asked what we want to be when we grow up. A firefighter? A doctor? An astronaut? As we age, these questions evolve: How many children do you want? What kind of partner do you want to have? In what kind of society do you want to live? That last question […]

It seems to me that there are two types of people portrayed in books and movies. The first are one-dimensional people, who’s emotions are coloured within defined lines, who’s likes and dislikes are nice and palatable and who are simple to understand, as if knowing them is like knowing a favourite sweater: always the same. […]

Every year I write a holiday gift list that includes the latest in gorgeous earrings from Alexis Bittar, some delicious chocolates and a few good reads (this year by awesome female authors!). My list also included a foam roller, because myofascial release is close to godliness for the fitness folk among us, but since I’ve bought one for myself, I […]

Second Generation Gender Bias: Coming to Anywhere Near You

If I have to, for a minute more, endure men taking up all kinds of unnecessary space on public transport, I will lose it. I won’t lose it physically, but I will launch a verbal tirade towards them in my head, as I watch their limbs extend for miles and their mere presence physically squeeze the space out of their surroundings. Why is it so difficult for him not to keep his legs closer together when he sits next to me? Why must his arms reach across three seat backs? But more importantly, why is he never compelled to move when I perch next to him, relegating me to the inch of space left on what would otherwise be a free seat?

Fitness Competitions: A dissection of fitness, health and beauty ideals

It seemed farcical. An ardent women’s rights advocate, and outspoken feminist, especially on body issues, I would be entering a fitness competition where winning meant being judged solely on appearance, presence and onstage personality. 12 weeks later, I’ve rarely been so humbled. The twice a day cardio and weight training and strict nutrition program brought […]

IN Swaziland, teenage girls are taught about sexually transmitted diseases, condoms and HIV testing information handed out at will as they learn that sex is dangerous and mostly for men.  In India, The Justice Verma Committee’s recommendation on recognizing marital rape as an offence under criminal law was hastily swept aside by the Standing Committee […]

Roe v. Wade: We Need a Further Legal Move, if Only on Paper

There are some things that are only good on paper. Disastrous recipes. Bad dates with good resumes. Certain haircuts and, generally, photoshop. One thing not so good only on paper is Roe v. Wade. In 1973, the United States Supreme Court declared that privacy as defined under the due process clause of 14th Amendment of […]

The Presidential Debates and Abortion in Canada

No one at work wanted to talk about the first presidential debate from last week.  If you’re a woman, you especially don’t want to talk about it, because you weren’t even a part of it, all your issues, all your concerns, all the rabid attacks on your rights over the past year were completely ignored. Romney […]