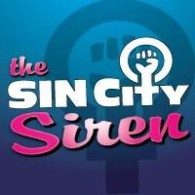 Unless you’ve been living in a far-flung locale off the grid, it would be hard to miss the hullabaloo about the Veronica Mars movie, which debuted in limited release and video-on-demand on March 14. Whether you’re on Team Reboot or Team I-DON’T-CARE-PLEASE-SHUT-UP-ALREADY, there is no denying that the record-breaking fan-funding that breathed life back into […]

Recapping Obama’s 2014 State of the Union

President Obama gave us a surprisingly hopeful State of the Union address tonight. I say surprising because he has faced intractable opposition from a GOP determined to undermine his every move. Indeed, both houses of Congress have demonstrated a keen desire to toil less on “prosperity [that] is widely shared,” as the president proffered tonight, […]

The justice backlog: Why are hundreds of thousands of rape kits gathering dust?

Trigger Warning: rape, violent crime Even as the Justice Department reports that our nation’s crime labs are processing more rape kits, there is a greater backlog than ever in analysis of potential evidence. Indeed, it is estimated that there are as many as 400,000 untested kits sitting in evidence storage all across the country. Considering that every rape kit […]

As we count down the final days of 2013, the inevitable year-in-review stories start popping up. Two recent ones caught my eye, as much for what they said as for what they left out. In RH Reality Check’s Top Pro-Choice Heroes of 2013, we are treated to a diverse round-up of “sheroes” who put it on […]

If you’ve ever picked up a copy of Bitch Magazine, or in recent years shared one of the many viral-worthy posts from its Bitch Blog, you can thank Andi Zeisler. The former Sassy intern — a legendary publication to many in my generation — started Bitch with co-founders Lisa Jervis and Benjamin Shaykin back in 1996 before the internet was […]

Have you seen this story on Salon written by Caitlin Seida? She woke up one morning to find out she was “internet famous” after a photo of her dressed as the eponymous Laura Croft, of Tomb Raider fame (click the link to see the pic), went viral on a website posted it with the intention of fat-shaming […]

What is the best of SCS?

It’s been quite a week here at Siren headquarters!

First, let me just say that you never stop amazing me. Thank you to all of the many, many, many people who have contacted me in these past days. Thank you for sharing your passion about The Siren with me. Thank you for all the support that has been pouring in. My email inbox has 1600 unread messages — so please be patient with me!

What not to wear on Halloween

I’ve spent a lot of time writing about ways we can keep Halloween fun and interesting without relying on the tired old sexist, and sometimes racist, tropes. But it’s worth noting that there are a lot of pitfalls out there, especially if you’re in the market for a pre-packaged costume. Here’s my nominees for the […]

A Q&A with Take Back Halloween

It’s that time of year again. People are putting out pumpkins, the air is peppered with the smell of crisp autumn leaves (or so I remember from my pre-desert days), and the same dull, sexist, racist pre-packaged Halloween costumes are lining the shelves. I don’t remember ever getting a costume that came in a plastic […]

This piece was posted here with permission from The Sin City Siren *Massive trigger warning for sexual abuse and related crimes* There I was sitting in a waiting room, scrolling through my twitter feed when I happened upon the Salon article reporting on how celebrated atheist and scientist Richard Dawkins has decided that “mild pedophilia” does not […]