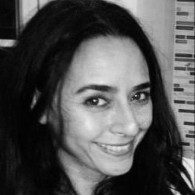 Why #passMJIA? 50 Facts About the Injustice of Sexual Assault in the US Military

More than 70 members of the US Military deal with unwanted sexual contact, sexual assault and rape every day. That’s three every hour. The National Defense Authorization Act will come to the Senate floor on Monday. As a result, sometime during the next week, Senator Kirstin Gillibrand‘s controversial Military Justice Improvement Act (MJIA), will be […]

Fathers Are the Key to Ending Child Marriage

A few weeks ago a man in Kenya posted a lengthy commentary in Facebook giving careful and graphic directions on how men could make sure their “child brides” did not die as the result of intercourse.* In a world in which child marriage is traditional, he was arguing that his advice was humane. He posted his ideas in […]

Is A Man Running a 14-Year Old Over for Saying No to Sex Serious Enough?

Me, again. Time for another, “please take street harassment seriously” post. Earlier this week a man in a car pulled up next to a 14-year old girl on a street in Florida and offered to pay her $200 to have sex with him.  Some people would say that’s a compliment. It’s part of being out […]

60% of Americans Know a Survivor of Domestic Abuse: No More Excuses

Sixty percent (60%) of Americans know a survivor of domestic violence. 1 in 3 women (30%), 1 in 7 men (14%) report living with intimate violence. The bad news, when it comes to domestic violence, is that the situation, globally, is stunningly in its scope. The good news is that we have defined issues and […]

World leaders continue to do a high-wire dance on the red line of Syria’s use of chemical weapons.  Chemical weapons are prohibited for good reason.  But, not all weapons are created equal. Take rape.  Rape is an unlawful weapon during conflict, but how many states can you name that have been challenged for use of […]

#BraveGirlsWant to End Stereotypes, What they NEED is YOU

The past few years have seen a massive groundswell in activism, fueled by social media, focused on challenging stereotypes and addressing media inequities.   The newest venture, international in ambition, is the Brave Girls Want Alliance. Started by girl empowerment activists, the Alliance is determined to raise awareness of both issues and encourage people to use the […]

The ERA and The 50th Anniversary of the March on Washington

Everyday this week events are being held to commemorate of the upcoming 50th Anniversary of  The March on Washington, which took place on August 28th.  This Saturday, as part of these events a diverse coalition of women’s rights groups are participating in the National Action Network’s “Jobs, Justice and Freedom” rally on August 24th. As Colorlines publisher Rinku Sen wrote on Tuesday […]

How Do You Feel About Sex and Teenage Sleepovers?

I recently picked up Alain de Botton’s How to Think More About Sex, which generated a very interesting conversation with a car full of teens about how they are taught to think about sex. Why not teach children, I suggested, how to have sex well, the way you teach them how to do other things? This, for […]

Some Thoughts on Ariel Castro, George Zimmerman and Ending Violence

So, this happened: Ariel Castro, a man who harvested three girls off of the street to enslave, rape and torture them in his house for 10 years, was sentenced to life in prison plus 1,000 years.  Good riddance.  But, let’s be clear, while Castro might seem psychotic and this case enraging and terrifying, there is […]

How Exactly Should Women Defend Themselves From Domestic Abuse?

Saudi Arabia,” to adapt a quote about Texas, “is paradise for men and dogs, but hell for women and camels.” Two weeks ago, there was a meeting on “women in society” in Saudi Arabia that involved, not surprising but still shocking, no women. As one Twitter wag noted, at least some men wore pink. Women […]