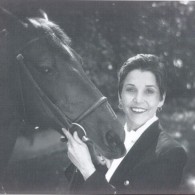 Rape became politicized during last year’s election. Extreme conservatives favored the modifiers “legitimate” or “forcible” while feminists countered with the slogan, “Rape is rape.” When a woman is raped during an armed conflict, rape takes on a different character. Rape becomes a weapon of war -− a cheap weapon of war. Under any circumstance, rape […]

What Scotus got wrong last week

Originally appeared on Role/Reboot. Decisions issued last week by the United States Supreme Court displayed the marked ideological divisions of its members. Progressives decried the evisceration of the Voting Rights Acts and celebrated the DOMA victory but largely overlooked two opinions handed down last Monday that eroded workers’ right to be free of discrimination. Discrimination […]

Thanks to Sheryl Sandberg, the media is focused on the absence of women in positions of leadership and power in the corporate world. Ms. Sandberg offers many thoughtful suggestions on overcoming this situation, but makes just one very brief reference to the impediment caused by sexual harassment. Sexual harassment is in itself an obstacle to […]

No one would be surprised to learn that a person who happened to be a lawyer broke the law. Acting in their personal capacities, lawyers commit the same variety of crimes that other citizens do, ranging from fraud to rape to murder. But when lawyers manage their own businesses, their own law firms, they should […]

Reporters buzzed this weekend with news about the murder−suicide committed by Kansas City Chiefs linebacker Jovan Belcher. Before killing himself at the Chiefs’ practice facility, he shot Kasandra Perkins, his 22-year-old girlfriend, nine times in their home. The couple’s three-month old daughter and Belcher’s mother were in the house at the time of the shooting. Much of the ensuing […]

Rape became politicized during the recent election. Extreme conservatives favored the modifiers “legitimate” or “forcible” while feminists countered with the slogan, “Rape is rape.” When a woman is raped during an armed conflict, rape takes on a different character. Rape becomes a weapon of war− a cheap weapon of war. Under any circumstance, rape is […]

What You Can Do About The Gender Wage Gap

This post is originally published at Role/Reboot.  It is cross-posted with permission. Disturbed by this week’s news on the unchanged wage gap, Kate McGuinness offers advice on how to negotiate for better pay. On Wednesday, the U.S. Census Bureau released data for 2011 showing that the gender wage gap remains unchanged from 2010. For […]

Conceding the notion of a GOP war on women is true, Margaret Hoover, great granddaughter of the late President and Republican activist asks, “What has happened within the party infrastructure that has malfunctioned so desperately, so that this minority of representatives are in such positions of power that are so out of step with the majority of Republicans?”

Our early childhood plays a major role in our choice of romantic partners. Dr. Harville Hendrix theorizes that “We marry the emotional image of our caregivers—both positive and negative.”

Sometimes, in an effort to resolve troublesome issues with a parent, we choose a partner with the same personality flaw that left us feeling unsatisfied as a child. That choice is a desperate, last-gasp attempt to get the love or attention we longed for.

If that sounds preposterous, let me illustrate the hypothesis by describing my four husbands.

Here’s another reason to vote in November: when one of the nine members of the United States Supreme Court resigns or retires, the President nominates his or her successor. With few exceptions, the nominee is routinely confirmed by the Senate and serves for life. The closely split 5-4 decisions on Obamacare, Citizens United, and Bush […]