Casey Krosser serves as the Associate Editor of Feminism2.0 as well as the Project Coordinator for Turner Strategies. Casey handles the social media engagement efforts for Fem2pt0. She monitors and develops hourly content for Twitter and Facebook channels, spreading awareness on women’s issues. Casey also edits and publishes submitted content for the Feminism2.0 blog. At Turner Strategies, Casey helps to build media lists and compile research materials for various projects. Casey completed her BA from Ithaca College in May 2011. 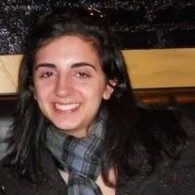 The Vital Voices Global Leadership Awards happen every year at the John F. Kennedy Center, and this year I was one of many inspired audience members.  Essentially these awards honor extraordinary global leaders who are working to protect and strengthen women’s rights across the world.  Their vital voices are speaking out on topics ranging from […]

What makes a relationship healthy?  What are the warning signs of abuse?  How can you help someone you know is in an abusive relationship?  If you’d like to start these conversations with yourself or someone you know, now’s the time because February is Teen Dating Violence Awareness Month.  The stats show that 33% of teens in […]

Who inspires me?  I could answer this question at the moment with Anne Hathaway.  Of course this might just be the Les Mis high talking, but I did feel inspired by her remarkable performance in film that as Fantine.  If you haven’t seen the film yet, and are not a musical theatre nerd; Fantine is […]

I was born in 1989, while the AIDS epidemic in the US was in full force.  I’ve never lived in a world where learning about HIV/AIDS wasn’t a part of my school health classes.  I know that I’m lucky to have been taught an unbigoted view of how HIV/AIDS could happen to anyone, no matter […]

Besides the obvious things like family, friends, food, and shelter, there’s one more thing I am incredibly thankful for this year; FemEx.  Signing up for FemEx, a 16-week women’s empowerment course, has been the most meaningful and best decision I’ve made since moving to DC.  There’s so much about FemEx that I’m thankful for, especially […]

Something Of Monumental Importance is Happening Tomorrow!

It’s here!  I can’t believe tomorrow is finally Election Day.  By now you’re probably exhausted from all of the pleas for your vote.  I know I am.  But hopefully you’ve already registered and, if you didn’t vote early or by absentee, you plan to vote tomorrow at a polling station.  Well if you’re tired of […]

In Defense of Girl Power

Last weekend during the Olympics Closing Ceremony performance, five taxicabs with the license plate “SPICE” pulled up, to turn me into a giddy child again…  The Spice Girls were back!  As a 90’s kid, the Spice Girls were the soundtrack to most of my favorite childhood memories.  They were the five best friends and heroes […]

As an Anglophile, I was very excited to hear that the Olympics would be in London this year.  However recently I have become less enthused, upon hearing that the Olympics committee has refused to address violence against women.  Specifically they are refusing to address the proven increased instances of sexual violence that occur along with […]

An AIDS-Free Generation Begins With Women

Last week the Supreme Court declared that Obamacare was constitutional and this was a huge victory for women’s health.  Once Obamacare goes into effect health insurance companies won’t charge women more money and birth control will be covered.  But the fight for women’s health does not end here, as other health issues affecting women need […]