Kathleen Pye is a doctoral student at the University of New Brunswick. She holds a BSc in Kinesiology, an MEd in Counselling Psychology, and an MSc in Nutritional Biochemistry. As a researcher, counselor, and activist, Kathleen aims to lessen secrecy, promote awareness, build understanding, and provide assistance for those affected by eating issues and disorders. She tweets from @KathleenCanada. 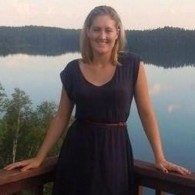 This Is My Rally Cry: Because in New Brunswick, ‘liberty’ is only yours if you lack a uterus. (#NBProchoice)

It takes a special kind of person to work at an Abortion Clinic. You need to possess just the right combination of kindness and compassion, combined with courage, determination, and a whole lot of humility. Not something you can put on a resume, and I highly doubt it’s something you can learn from an overpriced […]

Let me tell you about Davion Only: He’s a 15 year old who lives in Florida. He loves football and has dreams of playing on a team when he has the chance. He’s struggled with school but has worked hard to improve his grades. And like so many of us, he’s struggled with his weight. […]

When the Media Takes it Too Far

Trigger Warning: The following article discusses suicide and self-injury. We’ve all heard by now: Paris Jackson was hospitalized last week for an apparent suicide attempt. I say ‘apparent’ because we just don’t know the specifics of what happened. Perhaps we will never quite know the details surrounding Paris’ medical emergency. Not that the media hasn’t tried […]

Thank you for protecting us: In honour of Dr. Henry Morgentaler

He was a Polish immigrant. A husband and father. A Holocaust survivor. A Montreal-trained physician. He was also a Canadian hero. Dr. Henry Morgentaler, the man who spearheaded the reproductive justice movement in Canada, passed away yesterday at the age of 90. It is said that Morgentaler performed his first abortion in 1968, at a […]

The ‘Elephant in the Room’

On May 9th, thousands of  Canadians traveled to the nation’s capital and took part in the ‘Campaign for Life’ – an annual gathering of the anti-choice community to protest Canada’s pro-choice stance. In ‘solidarity’, regional chapters of the Campaign for Life coalition organized similar small-scale protests that will occur throughout the month of May. Last week was […]

My home is not safe for women

By now, all of us are aware of the tragic circumstances of Rehtaeh Parsons’ rape, torment, and suicide. I don’t need to provide the details of what happened to her. To be honest, and perhaps selfishly so, I know I can’t bear to write about it. Because this isn’t the first time we have written […]

Because all children deserve ‘Forever Families’: On the Importance of Same-Sex Adoption

I have a ‘forever family’. It consists of a mom, and dad, and me – their adopted daughter. I grew up in a permanent ‘forever home’ with a loving, supportive family in much the same way other children do with their biological parents. And with all this love and support I was able to grow […]

Over the past two weeks, the HBO show ‘Girls’ has focused on the mental health challenges of Hannah. We have been introduced to Hannah’s secret – her shameful struggle with anxiety characterized by obsessive tendencies, a necessity to repeat tasks 8 times, often until the point of embarrassment, injury (as we saw last week), and […]

I have had the honour of helping to facilitate groups for university women with eating disorders and eating issues for the past 4 years. Each week, for a six-week period, we come together to discuss our stories; detailing our successes, our challenges, our joys, and our heartbreak. For a short moment in time we offer […]

The Stigma of Being One in Four

I have been in therapy, off and on, for the past six years. In hindsight, I would describe the younger Kathleen as anxious, worried, and concerned about the future. As I got older, I became a perfectionist; one of those over-achieving kids who never felt as though they were ‘getting it right’. In university I […]