In addition to writing about human rights, Erin is a policy wonk for the Massachusetts Department of Public Health. She served as a Peace Corps volunteer in Romania and then relocated to Boston to work in international development and academia. Erin can usually be found volunteering extensively for youth organizations in the greater Boston area. Erin holds a B.A. from Green Mountain College, and an MScEcon in terrorism and international relations from the University of Wales, Aberystwyth. She is a 2012 New Leaders Council fellow. You can find Erin on Twitter @ErinBelitskus 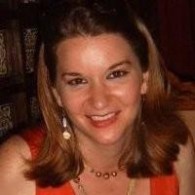 You Can Help Create the Next Generation of Strong Women

Who are the women that helped make you make you the person you are? Who has left an impression and impacted you during your growth? Most of us have memories of a professor, a coach, a pastor or a family friend who, though we may not have known it at the time, provided […]

Another week, another group of Republican lawmakers prioritizing controlling women over working on the real issues of our day all while burning through our hard earned cash to do it. The next time some state official tells you there’s no money for more police officers in Ohio or teachers in North Dakota ask them how […]

Bring on the Paycheck Fairness Act!

“Our journey is not complete until our wives, our mothers and daughters can earn a living equal to their efforts.”*  During his State of the Union Address, President Obama again reiterated his economic equality message that he eloquently spoke about in his inaugural address and on the campaign trail. His intent is clear. Congress should […]

For a country that built its reputation on the storied rugged individualist, its laws sure as hell don’t match the rhetoric. Are single people discriminated against? According to evidence out there, American singles take a financial hit on income taxes, health care costs, social security, and IRA choices to name a few. And it goes […]

Another year is winding down and in 2012 we successfully staved off the reactionary right wing’s war on women and common sense. Women re-elected President Obama in staggering numbers and instead of playing defense, it’s time to move the ball down the court.  Here, in no particular order, are 13 policy priorities I’d like to […]

As an unabashed Pittsburgh Steelers fan living deep in enemy territory going on a decade now, I’m used to getting insufferable emails, Facebook posts, and tweets from friends who are unfortunately, New England Patriots fans. I still love my misguided friends despite this complete lapse in judgement. When I opened my email last week from one […]

The horrific and preventable death of Savita Halappanavar due to septicemia from a miscarriage at Galway University Hospital in Ireland made me once again shake my head in appalling astonishment. Why didn’t licensed health professionals provide Savita an emergency abortion as she requested? The tone deaf response continues to ring in my ears:  “Ireland is […]

Does Identifying as a Feminist in America Matter?

During the Presidential town hall debate last week, Katherine Fenton, a 24 year old pre-K teacher asked a question about the wage-gap to the candidates: “In what new ways do you intend to rectify inequalities in the workplace? Specifically regarding females making only 72 percent of what their male counterparts earn.” As was reported last […]