Atima Omara-Alwala is the first generation daughter of African immigrants. She is a political strategist and activist of 10 years who has served as staff on 8 federal and local political campaigns and other progressive causes. Atima's work has had a particular focus on women’s political empowerment & leadership, reproductive justice, health care, communities of color and how gender and race is reflected in pop culture. Her writings on the topics have also been featured at Ms. Magazine, Women’s Enews, RH Reality Check & Huffington Post. Atima tweets from @atima_omara. 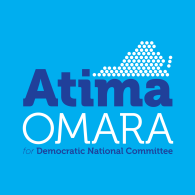 Over the holidays. Musician Ani Di Franco had scheduled her Righteous Retreat to teach up and coming musicians at a…wait for it….slave plantation in Louisiana. Boom goes the dynamite. The reaction in the online feminist community was swift. Ani DiFranco was an important musician in the lives of many feminists who expressed disbelief at having […]

Mandela: President of the African Diaspora

When I got the news about the passing of Nelson Mandela, like everyone, I was overwhelmed with an extraordinary wave of sadness.  Mandela was a legend to the world, freedom fighter and prisoner turned President and racial uniter. To both my parents who grew up in colonial Africa, he was their Martin Luther King Jr., […]

The Activist Who Never Thought She’d Be President

“You need to do something with your hair,” my friend said hesitantly. I blinked, my feminist principles assaulted. During my decade as a grassroots activist and campaign operative, I’d kept it real with blue jeans, simple hair, and no makeup. Well, now, casual wasn’t cutting it, because I was running to be the first African-American […]

Solidarity for Women of Color in the Public Eye

This originally appeared on Huffington post. Republished here with permission  Even though Nina Davuluri was crowned Miss America 2013 last week, it seems she just can’t win. The usual suspects on Facebook and Twitter attacked Ms. Davuluri for not being “American enough” because she is Indian. Others showed off their cultural sophistication by mistaking her […]

Women Must Lean In to Political Leadership

If you had asked me when I was a first year in college, would I personally have worked in politics or run for office, I would have laughed, like hysterically.  Well the joke was on me, three years later, I ran to be Vice President of the Student Council at my University. I was compelled […]

The Irrelevancy & Relevancy of The Feminine Mystique

A couple of weeks ago, historians and activists celebrated the 50th anniversary publishing of The Feminine Mystique by Betty Friedan. As a feminist and a history geek, I certainly appreciate the importance of this book to the American women’s rights movement.  Not unlike other women of color feminists who have made similar commentary, as a […]

40 years after Roe: NARAL redefines for the future

Like many young women and men who are activists in the DC pro-choice community I looked forward to the Roe v. Wade Dinner that NARAL Pro-Choice America held earlier this month. This year was special not just because it was the 40th anniversary of when abortion was declared legal by the Supreme Court, but because […]

Last week, Secretary of State Hillary Clinton said her final goodbyes to her employees of the State Department. As she left and gave her final waves before the cameras, she closed the door, on what was nothing short of an extraordinary 20 years in public service. As Secretary of State, Clinton achieved many things not […]

Like everyone on December 14, when I learned of the killings of 20 children and 7 adults a combination of heart break and horror washed over me.  Who could do such a thing? We didn’t know much about the shooter, Adam Lanza, and we didn’t know his mental health status, yet, there were many assumptions […]