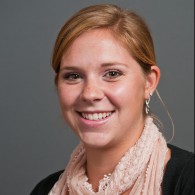 Obama Nudges the Country towards Sexual Revolution with 2017 Budget Proposal

In a shockingly progressive move, President Obama unwaveringly turned the country towards education, choice, and sexual revolution (finally!) by acknowledging that teens have sex, regardless of teachers and/or parents telling them not to until marriage. The sexual revolution was legislatively proposed in Obama’s 2017 budget proposal by swiftly and completely eliminating all funds for abstinence-only-until-marriage […]

A Doula’s Worth Calculated: $58 Million

New research out of the University of Minnesota finally puts a price tag on support, empathy, compassion, and preparation—the key characteristics of doula support during pregnancy, childbirth, and the postpartum period. Associate professor in the School of Public Health and author of the study, Katy Kozhimannil, confirmed what anecdotal history and other studies have already […]

Ding Dong, the Rapist was Arrested!

December 30th brought more than the end of 2015. Bill Cosby, the 78-year-old comedian, was arrested at 4PM (EST) for the aggravated sexual assault of Andrea Constand. Cosby was released on a $1 million bail. As a self-identified woman, as a feminist, as an American I had exactly one reaction to this momentous news: “HELL […]

Abortion is not a right in the United States. Given recent legislative restrictions, abortion is barely even a choice. Now, abortion is being attacked even as a research subject for PhD student, Lindsay Ruhr, at the University of Missouri. Kurt Schaefer, the state legislator pushing to block Ruhr’s research (no surprise, he’s a Republican), […]

The Tuesday night Democratic debate was nothing short of a political miracle. Five authentic presidential candidates took to the stage and wowed nearly 15 million viewers with their intelligence and honest solutions for the country. This level of fact-based, respectful political dialogue hasn’t been seen since…well…maybe 2008? I assume Republican pundits missed the debate due […]

The Special Committee on Benghazi, tasked with investigating the 2012 attacks in Benghazi, Libya, accidentally had a vital secret exposed by the politically ambitious Republican, Kevin McCarthy. Last week, McCarthy exposed the deviant truth of the committee’s purpose: disrupt Hillary Clinton’s presidential campaign by attacking her personal integrity.  The committee is headed by Republican Chairman, […]

Doulas Save the World One Birth at a Time

Imagine you’re in the most vulnerable, intense, emotional, and possibly painful moment in your life. How do you cope? Some turn to drugs, some turn to doctors, but some turn to a doula (pronounced Doo-La). Childbirth is often that moment of physical and mental truth for women. In the twentieth century natural childbirth declined in […]

Two days ago, Nigeria took a momentous and historic step toward ending institutionalized violence against women and girls by outlawing female genital mutilation (FGM). Outgoing Nigerian President, Goodluck Jonathon, signed the Violence Against Persons Prohibition Act 2015 into law after the bill was passed in the Senate on May 5. The law now prohibits female […]

Having It All (Piece by Piece)

Wow, we have a long time to make our mark on this planet. Think about it: the current US adult life expectancy is 78.8 years according to the Center for Disease Control and Prevention. Let’s round up to 80 years. If you think about it, that’s a lot of time given the rampant diabetes, heart […]

We all know July 4th as a national holiday, but what about June 4th? One month before we light the fireworks and grill, let’s remember another momentous turning point in history: the 19th Amendment was passed on June 4, 1919, guaranteeing women the right to vote. Yes! I, as a woman, have the right to […]