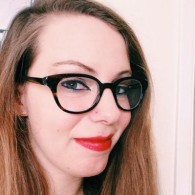 All We Want in 2016 is Equality in Hollywood

There have been rumblings about Hollywood’s neglect of women and Persons of Color (here on referred to as “POCs”) for quite some time, slowly getting louder until reaching a pivotal point when the Oscar nominations were very… whitewashed, and lacking of some curves, to say the least. Some have claimed conspiracy, others believe the actors […]

Colorado Springs and What It Means for The #WarOnWomen

The term “Black Friday” means something different for the residents of Colorado Springs, Colo. after what transpired in their Planned Parenthood the day after Thanksgiving this year. Robert Dear entered the Planned Parenthood building, and after a five hour long event and police standoff, surrendered to police after hospitalizing nine, and killing a police […]

Parenthood is NOT a Vacation

“Oh, and one last thing -don’t drink the water here, you will get pregnant.” That was one of the last sentences my on-the-job trainer spoke (albeit jokingly) during a quick briefing on my first day of work as a hostess in my current location. She wasn’t entirely wrong; pregnancies seem to come in waves in our […]

“Everyone’s entitled to their own opinion;” – the old adage all of our parents used any time they heard something that contradicted something they practiced, preached, or otherwise believed. The family across the street is Catholic, and we’re Protestant. The new neighbors don’t eat meat. We come home from school and we thought our book report on Harry Potter […]

If you’re like me, and you follow the Miss America Organization on Facebook, you have been bombarded with posts over the last few weeks as all of last year’s state titleholders handed off their crowns to this year’s Miss America hopefuls. You already know that the The 52 young women from the 50 states, the District […]

#DespiteBeingAWoman, Why “_______ woman” Isn’t a Compliment At All, and Why Being a Woman Isn’t a Handicap

It was the misinterpreted compliment heard around the world that made Indian Prime Minister Narendra Modi the type of famous he never wanted to be; four words that blew a giant hole in the pro-women rhetoric he’s been spewing since being elected. Despite being a woman, Modi’s Bangladeshi counterpart Sheikh Hasina had declared that she had […]

May has been a busy month for Joss Whedon, and it’s far from over. Avengers: Age of Ultron was the highest grossing film in the two weeks it has been in theaters, and it’s projected to still be in the top three grossing movies of this week. Whedon saw great praise for the film on one […]